Why is my Car AC Blowing Hot Air? 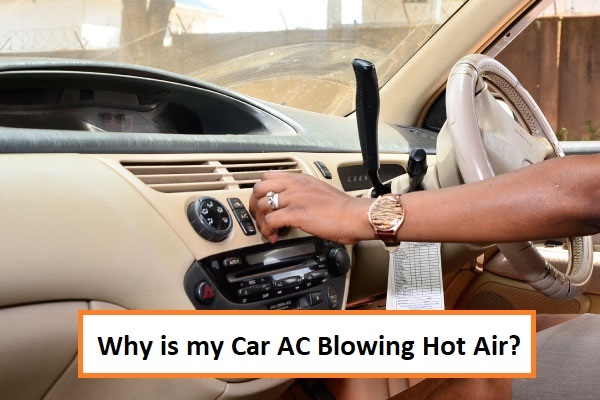 An efficiently working AC makes the drive even more reliable, specifically when you are on a long drive in hot summer weather. The first noticeable sign of a bad air conditioning system is hot air coming out of air conditioning pots. But you need to diagnose the reason behind this hot air.

The most usual reason behind hot air coming from air conditioning pots instead of cold air is the low coolant level. The refrigerant system is a material that helps in getting rid of the excess heat and facilitates the passenger by passing cold air.

If the refrigerant moving car system is short, then it cannot help in any to remove extra heat. Therefore; this excess heat is blown straight to the passenger way.

When you own an airtight car coolant system, then you do not need to recharge it. This is due to the reason that refrigerant does not find any way to evaporate. The other reason for insufficient levels is having a leak in the system.

The actual issue is in determining the point of the leakage is a must in the refrigerant. As it leaves its container, it often is in the gaseous form. When it reaches a compressor that becomes pressurized and as a result is turned out into the liquid state. Then it proceeds towards the condenser where liquid state coolant releases the extra heat. After that coolant returns into it gaseous form before it reaches the evaporator.

As the astonishing ability of the refrigerant can be seen easily which is it turns into gaseous form as soon as it reaches the area of the low pressure and lesser resistance. A leak can lead to a reduction in pressure within that system. The process of conversion from liquid refrigerant to gaseous form occurs within an instant. Therefore; it is very difficult to find out the location of the leakage.

The condenser can act badly mainly in two ways; the first is a blockage somewhere in the tubes of the condenser. Any blockage can lead to reduced condenser functioning. The liquid refrigerant that is hot remains hot.

The second issue that might happen with the condenser is broken up condenser. If you have a punctured condenser tube in your car, you may face leakage in the refrigerant.

If we talk about the air conditioning system of a modern car, there is a component called compressor which drives the coolant through the tubes. If you don’t have a compressor then it would be possible to run the refrigerant. That sections have some fans who still run the air through the passenger’s compartment. The air might not be cold.

One of the main reasons behind the compressor failure is not using it for a long time. The thing which keeps the compressor good as running an air conditioning system on full blast for 10-15 mins at least in a month.

As mentioned earlier, condenser even consists of some cooling fans which are two in number. These fans perform the function of removing heat from the liquid coolant. If those fans are not working properly or are broken then no heat will be taken out of the liquid refrigerant. In such conditions, the air coming out from the passenger’s side is not that hot but can even make you sweat for sure.